Dedicated to Preserving the History of Worcester, Mass

We are including here a biography of Samuel Shute taken from The Dictionary of National Biography (editors Sir Leslie Stephen, Sir Sidney Lee, Oxford University Press).  It was Samuel Shute for whom the so-called Shute Petition was named, the document on which “three hundred and nineteen people either signed or ‘made their mark’ … seeking ‘suitable incouragement from the governor of Massachusetts before making their move.”  That move was made by ship across the Atlantic to the Massachusetts corner of the American colonies.  Many signers of the Shute Petition ended up in Worcester in 1718.  Read more about that document and its significance to American history in this post.

“SHUTE, SAMUEL (1662-1742), colonial governor, born in 1662, was son of Benjamin Shute of London, and his wife Patience, daughter of Joseph Caryl [q.v.]  In his boyhood he was the pupil of Charles Morton (1627-1698) [q.v.], who afterwards settled in Massachusetts.  Shute — a fellow-commoner of Christ’s College, Cambridge, 12 Dec. 1683 — joined the army and served in Marlborough’s campaigns, receiving a wound and attaining the rank of lieutenant-colonel.

On 1 May 1716 Shute’s commission as governor of Massachusetts passed the privy council, and he landed on 4 Oct.  His connection with Caryl and Morton made his appointment acceptable to the New Englanders.  In the year following his arrival he successfully ratified the treaty of 1713 with the ‘Eastern Indians’ (MAINE, Hist. Soc. Coll. iii, 361).  Nevertheless, as with most governors of Massachusetts appointed by the crown, his administrative responsibilities soon brought him into conflict with the assembly.

His principal grounds of dispute with them were five:

(1) His instructions ordered him to endeavour to obtain from the assembly fixed salaries for the governor, lieutenant-governor, and judges; this was a system which the colonies resisted tenaciously down to the time of separation, and Shute’s attempts to insist on it failed.

(2) He made war against the easy but ruinous device adopted by the colonial assembly of making unlimited issues of paper money.  Shute’s opposition was no doubt based party on conviction, partly on personal interest, since the value of his own salary was lowered by the depreciation of money.  Here too the assembly defied the advice of the governor.

(3)  Shute strove zealously to protect the forests in Maine, so as to secure ship-timber for the royal navy.  The question was a difficult one.  On the one hand it was clearly the duty of the governor to hinder the waste of an important resource of the crown; on the other hand it was hard to carry out a system of control without unnecessarily interfering with private enterprise.

(4)  The assembly refused to support the governor in his attempts to defend the north-western frontier; they would neither renew the fortification of Pemaquid, nor vote an adequate sum towards providing presents for the Indians.

(5)  The assembly endeavoured to lay import duties on English goods, in bold defiance of all those principles on which the colonial policy of England then rested.

The result of all these differences was that Shute’s career as a governor was marked by an unending series of disputes with the assembly, and was thus a slight but distinct anticipation of the great storm of fifty years later.

On New Year’s Day 1723 Shute sailed to England, ostensibly on private business, but really to lay his administrative difficulties before the advisers of the crown.  In 1727 his commission was vacated by the death of George I.  He was not reappointed, but received a pension of 400l. a year, charged on the customs duties of the West Indies.  Shute remained in a private station till his death on 15 March 1742. 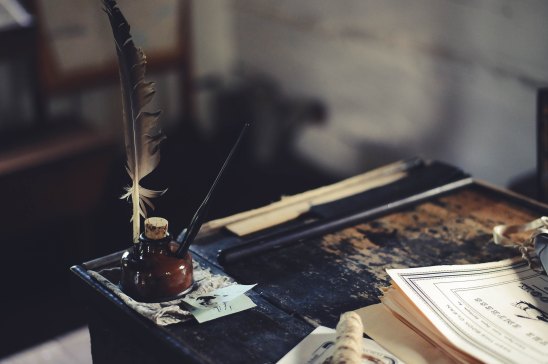